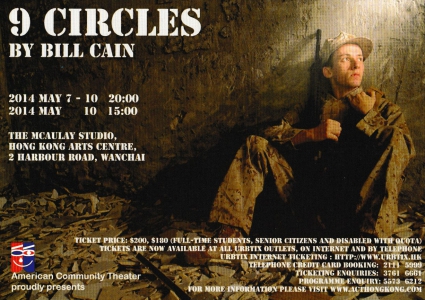 A psychological thriller based on actual events, 9 CIRCLES tells the story of an American soldier on trial for his life. The young soldier—honorably discharged but then accused of an unspeakable war crime in Iraq—Daniel Reeves is forced to navigate a Dantesque labyrinth of commanding officers, public defenders, lawyers, preachers and military psychiatrists. By turns shocking, mesmerizing and bitingly funny, 9 CIRCLES accompanies this astonishing young soldier on a tour de force journey to a shattering conclusion in which the infinite size and tremendous power of a young man's soul is revealed.