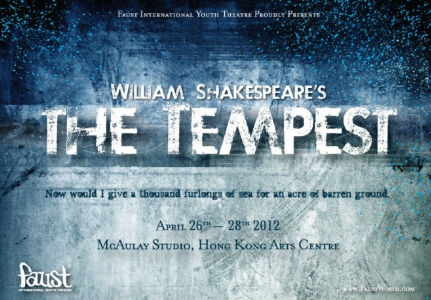 Twelve years ago Prospero, the Duke of Milan, was usurped by his brother, Antonio, with the help of Alonso, King of Naples, and the King's brother, Sebastian. Prospero and his baby daughter, Miranda, were put to sea and landed on a distant island where he has since, by the use of his magic art, ruled over the spirit Ariel and the earthy savage Caliban. Prospero uses his powers to raise a great storm which shipwrecks his enemies on the island, so beginning the story of The Tempest.