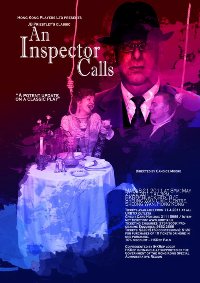 J.B. Priestley’s play, An Inspector Calls, first performed in 1945 in the Soviet Union and 1946 in the UK, is one of the dramatist’s best-known works and a classic of mid-20th century English theatre. It is a scathing critique of the hypocrisies of Victorian/Edwardian English society and an expression of Priestley’s Socialist political principles. The Birlings are an upper middle class family existing comfortably on the profits from their factories in the Midlands. One evening an inspector calls and begins questioning each individual family member about his or her associations with a young girl called Eva Smith who has committed suicide. At first it seems there can be few connections between the Birlings and the lowly Miss Smith but as the evening progresses the family’s hypocrisy and self-satisfaction are revealed.