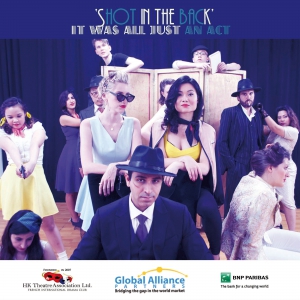 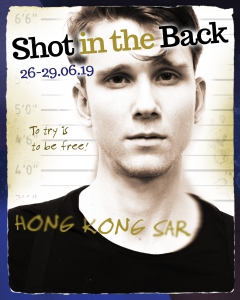 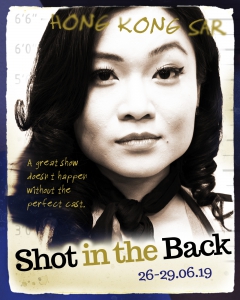 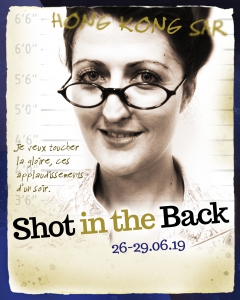 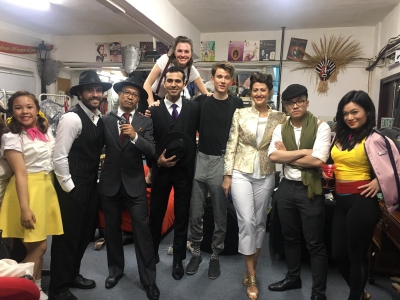 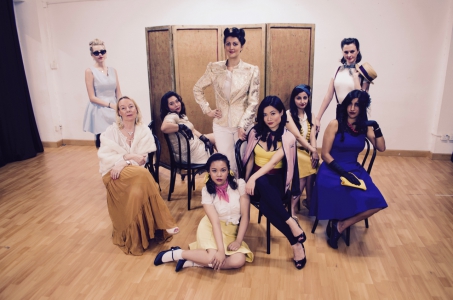 A dark comedy by Bastien Guers and Emilie Guillot.
In French, English and Cantonese languages with simplified English subtitles.

“Just when you think you’ve turned the page on your past, it shows up again unexpectedly and forces you to face the forbidden truth.”

“1950’s. Set in the heart of Hong Kong, ‘Shot in the back! It was all just an act’ tells the story of a theatre production house, on its last day of rehearsal, tangled into a spiral where everything seems to be falling apart. But nothing Madeleine ROY, their French producer, cannot fix. Despise all odds; there will be light at the end of the tunnel. Let’s just hope it’s not a freight train!

With its latest original creation, HK Theatre Association and its talented cast of local amateurs actors – from English, French, Hong Kong speakers - are bringing on stage an hilarious dark comedy where cross cultural differences won’t truly matter in the face of this fictional – or not - plot.

This show is one of a kind. It is a powerful, sparkling dark comedy with original songs and charismatic choreographies that tell the story about an eclectic but electric group of characters into their rich but depraving artistic lives.”