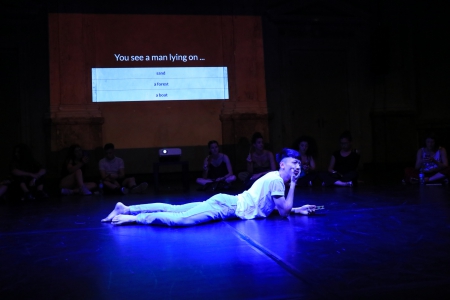 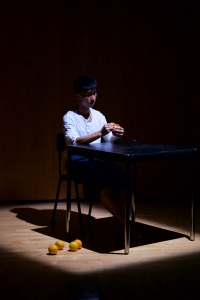 Ghost Chan's "I'M NOT SURE ABOUT YOU, BUT I NEED MY PHONE" opens up a direct conversation between him and the audience, with the aid of mobile technology. Opening up endless possibilities in one performance, just with our phones. The power tug-of-war happens between the performer, the audience and the creator. It mirrors contemporary society as well as the digital society.

“I’M NOT SURE ABOUT YOU, BUT I NEED ...” premiered in London last July and then later presented during ImPulsTanz, Vienna International Dance Festival 2019, where the duo performs "dancing as gallery" as a rebellious response to "dancing in gallery”. They are opening up a direct conversation with our audience through digital interactive technology.

The work interrogates the nature of our digital society as the performer is surrounded by the spectators and their gadgets, at the same time, contemplated on the power tug-of-world of the performance space and the contemporary society.

The space constantly transforms when the performers lead the audience to interact with their phones and rove around the space. The mobilisation forms the landscape and confuses the boundaries between exhibition and theatre, daily life and performance, digital and physical. Oranges are peeled, rice is eaten. Projection emerges on the bodies as the work evolves into an uproar to the world’s instabilities.