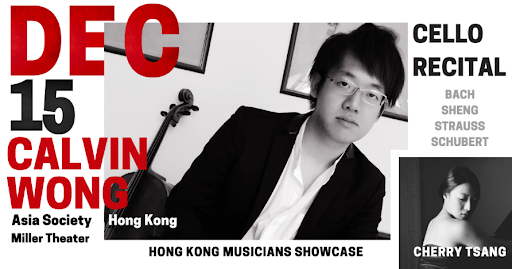 Sonata for cello and piano - op. 6

Calvin Wong Tai Shing黃泰城 has been actively performing as a soloist in Germany and Italy with the Mainzer Virtuosi string orchestra after he obtained his Master’s degree at the Frankfurt University of Music and Performing Arts with Prof. Jan Ickert, who was the previous artistic director of the Emanuel Feuermann Conservatory of the Kronberg Academy.
Throughout his undergraduate studies at the Hong Kong Academy for Performing Arts with Mr. Laurent Perrin and his studies in Germany, Wong was being invited to take part in the Rome Chamber Music Festival in 2015, 2017, and 2019 with the support of the Hong Kong Economic and Trade Office in Brussels and the Cathay Pacific Airline, which was organized by the Ministry of Cultural Heritage and Activities (Italy) and the United States Embassy to Italy. He was also featured in the Casalmaggiore International Music Festival where he was being awarded the Taras Gabora Prize for the interpretation of his performance by Prof. Taras Gabora himself, who was in the jury of different prominent competitions for many years such as the International Tchaikovsky Competition and the Paganini Competition.

Pianist Cherry Tsang曾捷麗 received her doctorate degrees from the Eastman School of Music in the United States. Tsang appeared on stage as a soloist and chamber musician in Asia, Europe and the United States, and made her debut at the legendary Carnegie Hall in 2009. Under the batons of Neil Varon, Alan Cumberland, Christoph Campestrini and other renowned conductors, she performed with local and overseas orchestras including The Hong Kong Academy for Performing Arts (HKAPA) Symphony Orchestra, Hong Kong Ars Nova Orchestra and the Eastman Symphony Orchestra.
Tsang is currently a piano faculty at Hong Kong Baptist University, and coaches piano chamber music and collaborative piano in the HK Academy for Performing Arts for the graduate degree programmers.