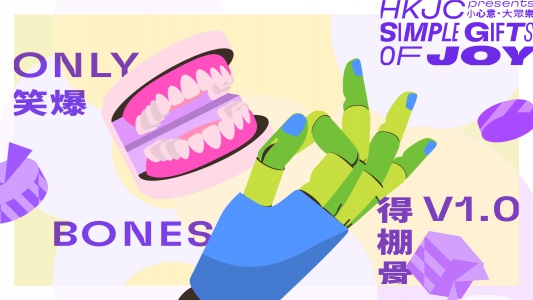 Thomas Monckton
Created and Performed by

Only Bones v1.0 uses a contemporary approach to clowning and tells a dramatic story by involving only one light, one chair, one performer, no text, and a mini stage area of 1.2 metres. While playing with low-tech aesthetic, Thom manipulates different tiny parts of his body to create a detailed set of physical movements beyond any audience’s imagination. The funny and quirky moments will surprise audiences of all ages, filling them with laughter! Grab your ticket to the show now, before all the tickets gone!

“The creativity that has been poured into this piece is beyond measure, it is enchanting, engaging and enthralling” ( Edinburgh Guide )

“Monckton’s ability to manipulate the smallest parts of the body, not just to do this expertly well but while establishing a playful relationship with the audience, is mind-blowing” ( Across The Arts )

- Approximately 45 mins without intermission
- No latecomers will be admitted
- Recommended for ages 6 and above
- Limited offer for all discount types
- Tai Kwun reserves the right to assign seats
- Programmes are subject to change without prior notice. Tai Kwun reserves the right to make the final decision regarding the arrangements.
- The events will adhere to the latest health and safety regulations and enforce social distancing measures.
- According to the latest Prevention & Control of Disease Regulation announced by the HKSAR Government, all visitors must use the LeaveHomeSafe mobile app before entering Tai Kwun premises. 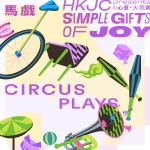