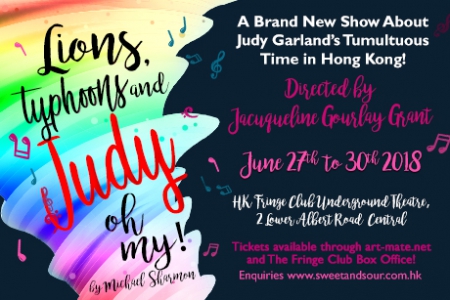 A brand new theatre production about Judy Garland’s tumultuous time in Hong Kong in 1964 Judy landed at Kai Tak Airport after a controversial Australia tour where she was booed off the stage as she was unable to perform. When reporters asked what she was suffering from, she replied, “Australia!” She checked into The Mandarin Oriental Hotel with Mark Herron, her soon to be fourth husband, in an attempt to forget her troubles and get happy. However, bad reviews and Typhoon Viola struck, causing Judy to overdose on pills. She was rushed to the Canossa Hospital, making headlines around the world when it was reported that she had died. Luckily that was not the case and she rallied round, returned to the Mandarin and discovered a hidden gem in a Hong Kong nightclub.