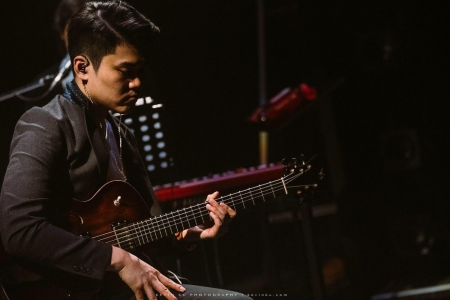 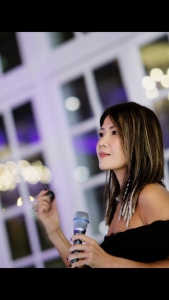 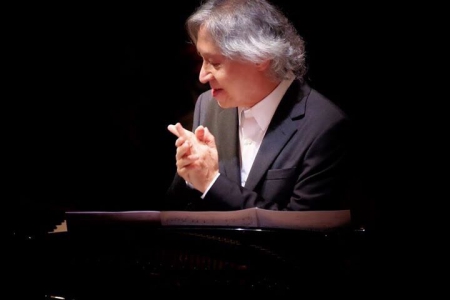 As a flagship music initiative of Hotel Stage, Stage for Jazz is held regularly in the hotel’s three-places-in-one basement - The Muse. A typical summer night in this creative enclosure consists of musicians, artists, travellers and local guests luxuriating in the soulful tunes of live jazz over a glass of carefully curated wine from Muse Wine Bar, and enjoying local art exhibitions in Muse Gallery. This August, Stage for Jazz is ecstatic to invite local contemporary jazz singer, Joses Liu, to perform for two nights on 22 & 29 August, along with jazz guitarist, Vincent Lau, and Hong Kong’s godfather of jazz, Ted Lo.

Stage for Jazz packs an impressive line-up this August, one of which includes internationally famed record producer, songwriter, and the driving force behind Hong Kong’s many classic love songs, godfather of jazz - Ted Lo. A graduate of the Berklee College of Music in Boston, USA, majoring in composition, Lo has worked with numerous renowned artists such as, Michael Franks, Herbie Hancock, and Joe Lovano, while he resided in New York. After returning to Hong Kong, he collaborated with George Lam, Sally Yeh, Eason Chan, Sandy Lam, and many more prominent singers, building a name in the music industry.

Joses Liu is a Chinese pop jazz sensation born and bred in Hong Kong. Singing first began as a hobby, but quickly evolved into an obsession and then a full-time passion. Training under the tutelage of acclaimed Tony Carpio, Christine Samson and Krystal Diaz, Liu has refined her craft to a tee. She adores Ella Fitzgerald, Diana Krall and Esperanza Spalding, crediting them as major influences in the development and progression of her singing style and technique. Graced with an inviting, elegant, tender voice, coupled with an enticing beauty that keeps audiences mesmerized, this jazz singer is quickly climbing the ranks on the music scene and is primed to take her listeners on a unique and exciting journey.

With over 15 years of experience in jazz and classical guitar, Vincent Lau is one of the rising stars in the local music scene. Lau has developed his own style and technique, which won him various awards including the Best Guitarist Award in the Caritas Music Competition (2005, 2007, and 2008). Embarking on his career as a full-time musician, he has performed with famous musicians and musical groups including II Divo, Ted Lo, AGA, Cy Leo, Moon Haewon (Vocalist of Winterplay), the City Chamber Orchestra of Hong Kong, Yin Ng, Robynn Yip (Robynn and Kendy), and Patrick Tang. He is currently taking part in Cy Leo’s new project; the band will be on tour in Asia in the near future.