Born and raised in Honolulu Hawaii, is a fourth generation descendant of Chinese and Japanese immigrants. His interest in music, improvisation and self-discovery began while a secondary school student during the tumultuous late 60's and early 70’s. He is a multi-instrumentalist.

He studied Ethno-Musicology at the University of Hawaii. His career begins as a dance class accompaniment as well as the occasional side job, paid gig and commissioned composition.

He has been living in Hong Kong since 1985 as Hong Kong Academy for Performing Arts hired him to come to teach. Nelson has also been a founding member of many new music ensembles in Hawaii and Hong Kong including Nuclear Tan, the Pagan Babies, Gain Dangerous Visions, the Pet Project Hawaii, Uncarved Block, CIMG (Collective Improvisational Music Group), Little Red Truck, Dancing Stone and Yihk, and has collaborated extensively with dance and theatre.His music for dance has been performed in Hawaii, Arizona, San Francisco, Los Angeles, Seattle, Utah, New York City, Switzerland, Japan, Hong Kong, Korea, Taiwan and China.

He has been working with numerous theatre & dance performances in HK, including Tang Shu Wing Theatre Studio & Y Space. He was nominated for Best Sound Design for the Life! Theatre Awards in Singapore in 2011. 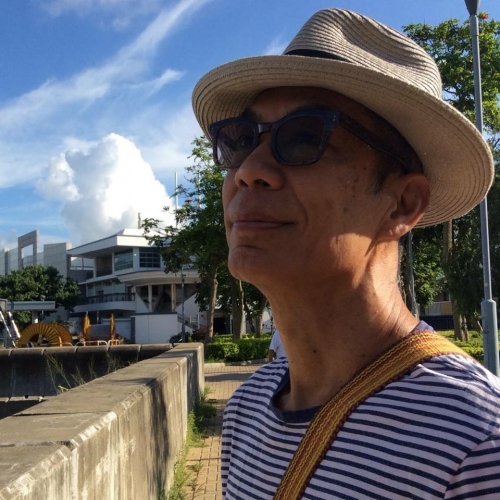